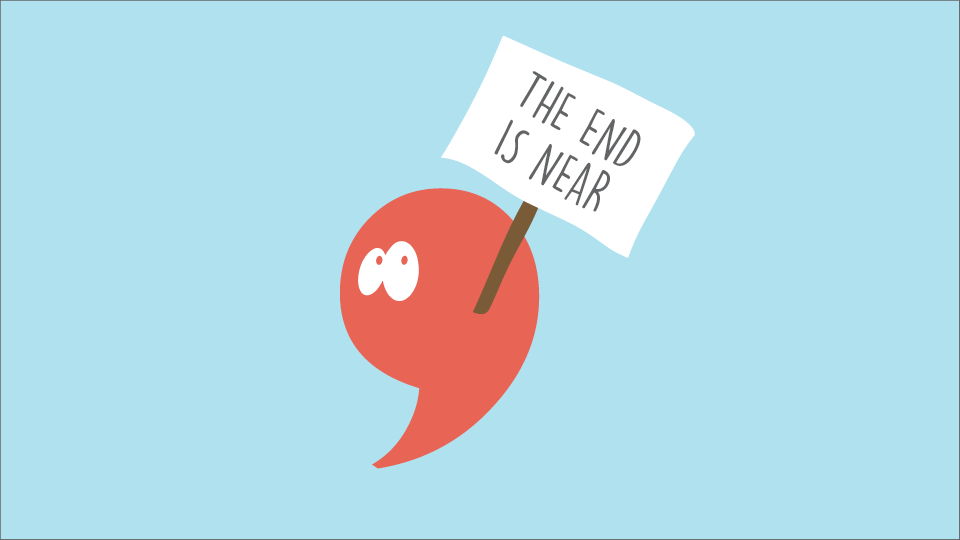 Typography is the art of arranging letters, numbers, and symbols and has long been a vital component in the world of marketing. In the digital age, graphic designers and art directors select typefaces and use typography to craft messages that inform, inspire trust, connect with audiences, and build brands.

When it comes to creating content that drives action, details matter. Even the smallest typo or error can send the wrong message.

For example, because most word processors and graphic design programs automatically replace straight quotes with smart quotes (sometimes called curly quotes), it has become increasingly common to see a single opening quote trying to pass itself off as an apostrophe. In fact, one observant writer refers to this phenomenon as the apostrophe catastrophe and provides some poignant examples of backwards apostrophes on everything from bumper stickers and billboards to websites and even a professional basketball court.

As you can see, a single opening quote is not the same thing as an apostrophe:

Congratulations to the class of ‘19.
The single opening quote is incorrect.

Congratulations to the class of ’19.
The apostrophe is correct.

Quotation marks take on different shapes depending on whether they’re opening or closing:

(Note: In some typefaces, the difference between opening and closing smart quotes is very subtle or nonexistent.)

The apostrophe vs. the single closing quote

An apostrophe (’) and a single closing quote (’) look identical, though they’re two different forms of punctuation.

it’s = it is
don’t = do not
contractions

Note that apostrophes almost always appear in the middle of a word:

“I’ve got a feeling we’re not in Kansas anymore.”

We use single quote marks, on the other hand, primarily for quotes within quotes:

“The word ‘disruption’ gets thrown around a lot these days,” she said.

When an apostrophe comes at the start of a word (or numeral), word processors automatically—and incorrectly—render it as a single opening quote. However, the correct form of punctuation here is an apostrophe:

The Minnesota Twins won the World Series in ‘87 and ‘91.
The single opening quotes are incorrect.

The Minnesota Twins won the World Series in ’87 and ’91.
The apostrophes are correct.

Is the backwards apostrophe the end of the world? Probably not. But it’s wrong, and errors can reflect poorly on your brand, particularly if you value attention to detail.

How to override your word processor and insert an apostrophe

If you’re ready to join the good fight to save the apostrophe in the digital age, here are six ways to type an apostrophe when your software insists on inserting a single opening smart quote:

If all else fails, as a last resort, simply disable the smart quotes feature and use a straight quote instead.